As various states legalize cannabis use, consumers are increasingly drawn to these products’ various forms. The most popular of these are tetrahydrocannabinol(THC) and cannabidiol (CBD). These compounds are naturally occurring in cannabis plants. Both compounds are broken down at the endocannabinoid system, but their effects vary significantly.THC is psychoactive, meaning it’s responsible for the high effect.

The primary sources of Cannabidiol(CBD) are hemp and cannabis, which are found in a plant called Cannabis Sativa. Legally, hemp or its products must have not more than 0.3% THC. CBD products come in various forms, including but not limited to gummies supplements, gels, extracts, oils, gummies, and more. Get these plus other quality CBD products at a CBD shop in Chicago, Illinois.

CBD(cannabidiol) is a compound found in cannabis plants. It is grouped in 113 other naturally occurring cannabinoids but accounts for a significant portion of the plant extract – often estimated at 40%. Though clinical research has aimed to link cannabidiol effects to cognition, movement disorders, and anxiety, sufficient quality evidence is not available.

CBD has different routes of administration, including the use of cheek aerosol sprays and inhalation, either by vaporizing or smoking cannabis. Some CBD supplements like CBD oils only have CBD as the primary ingredient with zero THC and terpenes. Others occur as dried cannabis, capsules, and liquid prescription solutions.

Legally, trading in CBD (and other hemp products) was decriminalized in 2018 in the United States. But certain hemp products are yet to be legalized. In addition, CBD is rather legalized as a prescription drug, meaning its use is restricted from dietary supplements or food ingredients. It’s only to be used as an ingredient in cosmetic products. Its prescription form helps combat epilepsy(seizure disorder). It’s also applicable for dystonia(a muscle disorder), pain, Crohn’s disease, Parkinson’s disease, and anxiety, but scientific evidence supporting these uses is still limited and insufficient.

Most market shelves still label CBD products as dietary supplements, and these labels often indicate a different amount of CBD than what the product actually contains.

Broad-spectrum CBD is among the primary forms of cannabidiol (CBD) and contains different naturally occurring compounds. These naturally occurring compounds include terpenes, flavonoids, vitamins, cannabinoids, and cannabichromene (CBC). The broad spectrum contains trace amounts of THC, and some have zero traces of this compound. It is obtained by further processing the full-spectrum extract, reducing the amount of THC.

Broad-spectrum is extracted from cannabis plants in various ways, including steam distillation, lipid extraction, carbon dioxide extraction, and solvent extraction. Some of the factors affecting its quality and composition include classification of the cannabis plant, strain type, and extraction process.

Broad-spectrum products have heightened effects given that these compounds work together–experts call it the entourage effect. And according to research studies, this effect boosts the product’s capacity for beneficial health effects.

Additionally, its products have little to no THC, a compound responsible for the often unwanted high feeling.

CBD isolates a chemical compound – another form of cannabidiol present in cannabis plants. Isolates work best for first-time cannabis users who despise the high effect. That’s because isolates, unlike other CBDs containing THC traces, have no THC altogether.

CBD isolate occurs in powder or crystalline solid forms and consists of pure CBD. Its structure is different from full-spectrum, which is legally allowed to have up to 0.3% THC. This amount is considered insignificant, and while they are detectable in drug tests, they have zero negative effects.

For manufacturers to extract isolates, they must first exclude other chemical compounds, including traces of unwanted substances such as THC, using various processes. Only then can they obtain pure crystalline solid, which they may grind further into powder form for consumption purposes.

CBD isolates lack a distinctive taste or smell. It has been used as an alternative treatment for anxiety, epilepsy, pain and inflammation, and cancer.

The full-spectrum CBD is a cannabis-derived product that incorporates all natural-occurring compounds found in the cannabis plant, including low-level THC. Others include flavonoids, terpenes, vitamins, and various minerals. THC is a cannabinoid that brings about a high effect when consumed.
The full spectrum CBD originates from hemp and cannabidiol. The entourage effect theory says that cannabinoids that occur in combined form have a better effect and benefits than those which occur in isolation. Therefore, a full-spectrum CBD in a combination form, working together for a maximized effect and boosted potential health benefits, making it a viable option in the marketplace.

CBD’s capacity to calm the brain gives it the upper hand in markets. A particular study on 57 men shows varying changes in anxiety depending on the amount of CBD used before being subjected to a simulated public speaking contest. Results from this test revealed that CBD, when used in the right dosage, can effectively combat anxiety in depressing moments.

You can treat epilepsy seizures using CBD. This practice was approved by the Food and Drug Administration department in 2018, branding the product as Epidiolex. Epidiolex treats seizures that are commonly caused by Dravet syndrome and Lennox-Gastaut syndrome.

Many studies show CDB as a viable treatment for Post-Traumatic Stress Disorder (PTSD), including one found in the Journal of Alternative and Complementary Medicine. Out of the 11 tested patients in this study, 10 showed significant improvements in PTSD. The researchers also noted that most patients could tolerate CBD.

When purchasing cannabis products, you can check whether the product contains legally acceptable levels of THC (<0.3%) and passes various tests for molds, pests, and heavy metals. For a more comprehensive guide on this venture, visit https://smokepost.com/. 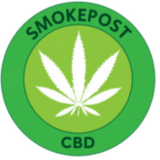